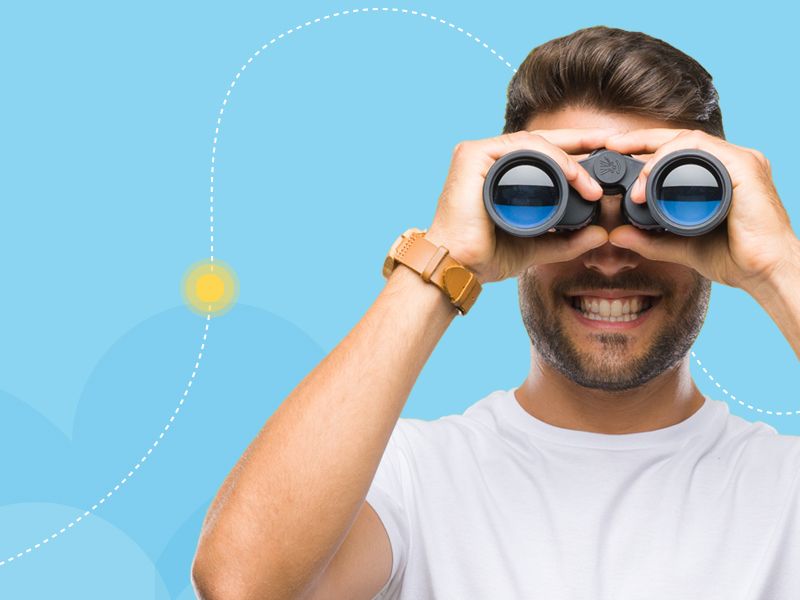 Connecting a TAP to your network or using a SPAN port in order to capture network traffic is no longer possible in many cases. The reasons for capturing this traffic can be many and are not in the scope of this post, but some of the more common ones are:

First, in order to understand why the standard methods of collecting traffic for network visibility are not viable in a VMware virtual environment or a hybrid cloud, we need an example:

In the above example, we have a simple network with eight virtual machines running in two different subnets connected to a virtual and physical network infrastructure. Let’s say that we want to get full network visibility into this environment from all access points.

At each point marked in the physical network, we would only be able to see some of the traffic. For instance, at point E in the network, we would only see traffic crossing between our two subnets because only traffic that has to cross the subnet boundary will be sent to the router for layer three routing. We would not have network visibility of the internal traffic inside the subnets (i.e. VM 1 communicating with VM 5) since that would just be passed through the switch using layer 2 switching. Also, if we used a TAP or a SPAN port on the physical switch to collect traffic from all connections A-D, we would still miss traffic going between virtual machines on the same host and in the same subnet (i.e. communication between VM 1 and VM 2). There is no monitoring tool for this traffic, short of installing an agent on each VM. Or is there?

In this post, we will be looking at how to get the full traffic from all the VMs in our example using VMware products, primarily VMware ESXI. There are two main ways to do this in a VMware virtual environment depending on the types of virtual switches being used.

You might find the other posts on this series useful:

The easiest way to address the issue of how to monitor network traffic for specific VMs and gain network visibility is to use the port mirroring feature built into vSphere Distributed Switches (vDS). There is also a method to get the traffic if you are using standard switches and if you are, you can skip to the next part for details on that.

Under the setting of the vDS switches, there is a port mirroring tab which allows the configuration of port mirroring sessions. The vDS switches support multiple modes of port mirroring, but the simplest of them to use is Encapsulated Remote Mirroring. For this type of mirroring, you specify the source VM(s) for which you would like to get traffic and the destination IP address to send the traffic to. Make sure that you DO NOT add the vmkernel adapters to the sources since you may cause a loop where all packets are continuously retransmitted. This can cause the entire host to lose network connectivity and require network settings recovery.

Each captured packet will have a header prepended to it with the GRE protocol and it will be sent over the existing physical and virtual network infrastructure to the destination address you specified. You can also optionally specify a maximum length to truncate the network packets to, and a sampling rate in order to reduce the amount of network traffic.

Note that each packet that you request to mirror in this fashion is duplicated and sent over the network so this can cause significant overhead on your network infrastructure. Also, the receiver will need to strip the GRE header in order to get the original packet data so make sure that whatever you are using to analyze the packets supports GRE.

The second way to capture network traffic on a VM without installing anything on the VM itself is by using the promiscuous mode feature on VMware port groups as part of your VMware virtualization. Promiscuous mode for a port group basically allows the VM that is connected to that port group to see any network traffic going through the switch, regardless of whether it was routed to that VM.

To set this up in our sample VMware virtual environment, we will need to configure two things:

For vDS switches, we need to create a distributed port group and change the following:

In the VLAN tab, we should set the type to VLAN trunking and set the range to 0-4094 in order to get traffic from all VLANs

For port groups on standard switches, the configuration is similar:

In the Security tab, for Promiscuous mode, enable override and set to Accept

In the “VLAN” tab, we should set the type to “VLAN trunking” and set the range to 0-4094 in order to get traffic from all VLANs.

Setting up VMs to receive the network traffic

Once we have completed the configuration of port groups for all our switches, we will need to create a capture VM for each one of the hosts we want to collect traffic for. Note that each capture VM will only be able to see the traffic in that specific host. Network traffic is never copied between physical hosts, even if promiscuous mode is enabled and the VMs are in the same switch/port group/cluster/etc.

In this post, we addressed the challenge of monitoring tools for network traffic and how to gain network visibility into a VMware virtual environment without any dedicated hardware and with full visibility into the VM traffic. In the next part of this series, we will look at how to gain information on network dependencies between VMs in a much quicker and simpler way when we do not require full capture of network traffic.